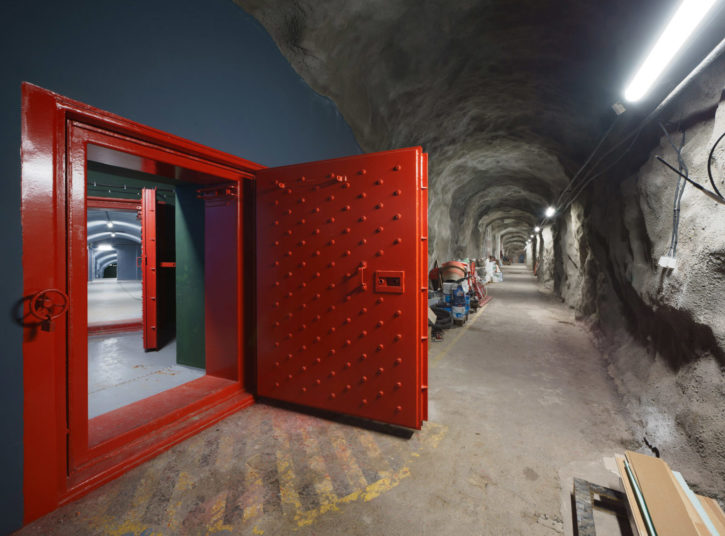 Pushing the heavy metal door left ajar, I entered the subterranean nuclear bunker through a grey, dimly lit tunnel progressively unravelling the labyrinthine-buried circuitry of the interior structure. Outside, in the humid landscape of central Sweden, shreds of fog attached themselves to the canopy of pine trees. (…) It took a few hours of walking around to totally grasp the internal layout: the matrixing corridors, floors, multiple spaces, and rooms that stretch underneath a sixty-meter layer of Nordic granite protecting the former military installation, now in the process of being transformed into a data center. Voices heard from afar brought a reassuring human element to the disquieting experience of walking in the empty space. They belonged to a team of Polish workers who were installing highsecurity internal doors and vast, elaborate ventilation systems, and laying an elevated platform floor in the basketball-court-sized main room where thousands of computers would be using algorithms to process and crunch vast quantities of data.

The three days spent in the bunker photographing and filming its transformation from a Cold War structure informed by secrecy and military purpose into a modern data center shaped the first phase of the art project Beta Bunker.