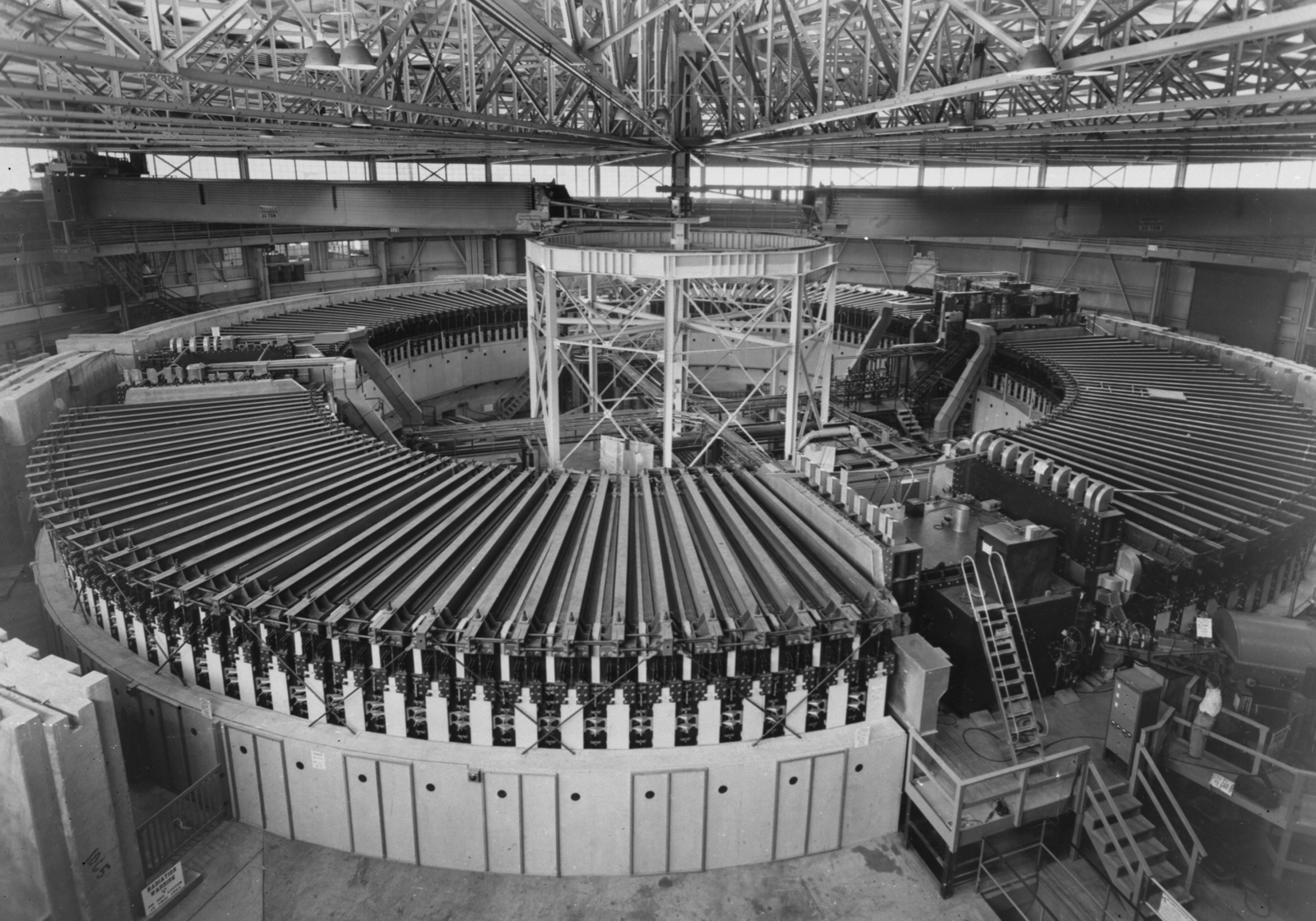 At the time the Bevatron was designed, it was strongly suspected, but not known, that each particle had a corresponding anti-particle of opposite charge, identical in all other respects, a property known as charge symmetry. The anti-electron, or positron, had been first observed in the early 1930s and theoretically understood as a consequence of the Dirac equation at about the same time. Following World War II, positive and negative muons and pions were observed in cosmic-ray interactions seen in cloud chambers and stacks of nuclear photographic emulsions. The Bevatron was built to be energetic enough to create antiprotons, and thus test the hypothesis that every particle has a corresponding anti-particle. In 1955, the antiproton was discovered using the Bevatron. The antineutron was discovered soon thereafter by Oreste Piccioni and co-workers, also at the Bevatron. Confirmation of the charge symmetry conjecture in 1955 led to the Nobel Prize for physics being awarded to Emilio Segrè and Owen Chamberlain in 1959.

The extracted particle beams, both the primary protons and secondaries, could in turn be passed for further study through various targets and specialized detectors, notably the liquid hydrogen bubble chamber. Many thousands of particle interactions, or “events”, were photographed, measured, and studied in detail with an automated system of large measuring machines (known as “Franckensteins”, for their inventor Jack Franck) allowing human operators (typically the wives of graduate students) to mark points along the particle tracks and punch their coordinates into IBM cards, using a foot pedal. The cards decks were then analyzed by early-generation computers, which reconstructed the three-dimensional tracks through the magnetic fields, and computed the momenta and energy of the particles. Computer programs, extremely complex for their time, then fitted the track data associated with a given event to estimate the energies, masses, and identities of the particles produced.

This historic photo shows the shielding of the Bevatron, which was used in cancer treatments and high-energy physics experiments. (Credit: Berkeley Lab)