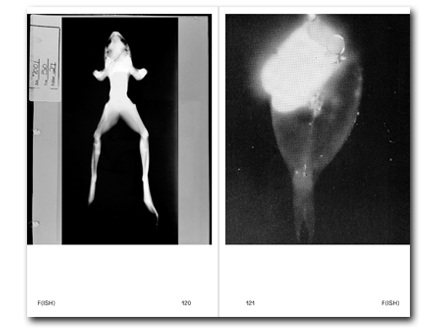 The artist’s book P(ech) B(lende): Library for Radioactive Afterlife by Susanne Kriemann looks at the political and real invisibility of the highly radioactive mineral pitchblende (uraninite). From 1946 to 1989 pitchblende was mined in the Erzgebirge (Ore) Mountains in an area contained within the former GDR and was an important component in the USSR’s nuclear arsenal. The publication brings together seven texts viewing the subject with a literary eye through the lens of media theory. All the texts deal with the documentation of radioactive materials, their effects, and afterlife. The book P(ech) B(lende): Library for Radioactive Afterlife ties in with Kriemann’s exhibition Pechblende (Chapter 1) at the Ernst Schering Foundation in Berlin (17, March to 5, June 2016). The work was previously on show at Prefix ICA in Toronto under the title Pechblende (Prologue). With texts by: Susan Schuppli, Jussi Parikka, Heike Catherina Mertens, Jayne Wilkinson, Christina Landbrecht, Friederike Schäfer and Lutz Seiler